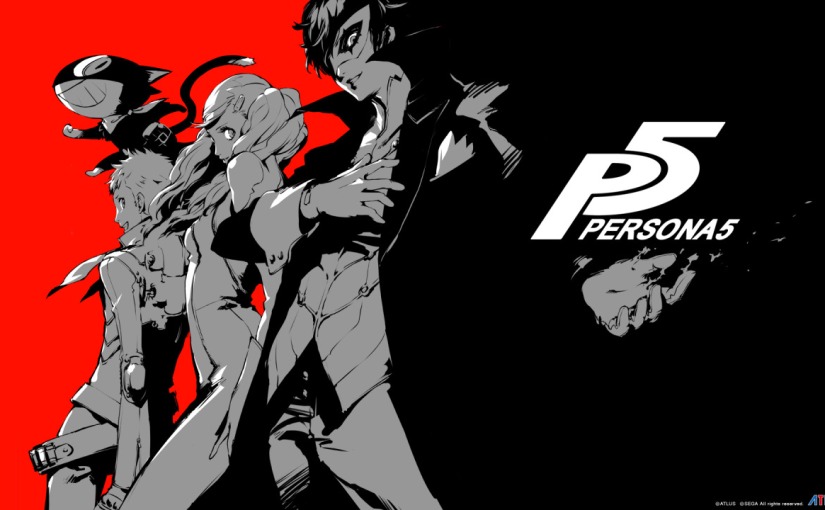 Persona 5 releases worldwide on April 4, and it’s set to be one of the biggest PlayStation exclusives of 2017. I’m counting down the days until my game arrives (14 days to be exact), and I want you to be as excited as I am!

What Persona is all about

While I’m stoked to play this game (my steelbook edition is pre-ordered), there is very little talk around the block. There are a few common themes when I talk to people about the Persona franchise:

While educating you about the game is simple, I would be lying if I said this isn’t a JRPG, and I would also be lying if I didn’t say this isn’t long. So why should you give Persona a fighting change and your next $59.99 spent? Because there’s something fun about playing an entertaining game embedded in reality and deep-seated truths about ourselves.

The Persona franchise takes the player on an expressive journey of self-discovery. Your main characters search for their identity, and in doing so they find themselves in an alternative reality, or dungeon,  where their insecurities and deepest fears are challenged. Upon their struggle, the characters reach a turning point in these dungeons and discover a persona (hey, the name of the game!), a creature which manifests their inner self.

Although each game varies, Persona 5 continues this tradition in its own unique way. Below is the trailer and a few fun details to pique your interest!

A new crew of misfits

The story begins with the main Protagonist being charged for a crime he didn’t commit. He is sent to a new city and high school as a means of rehabilitation. There he finds new friends who have also been framed or misunderstood in some manner, and together they form a vigilante group called the Phantom Thieves of Hearts.

When the characters are the Phantom Thieves, they wear masks to conceal their identity. Yes, this is also symbolic to how they also feel in society.

I understand why older players may not be keen to playing as a high school student, but the play is a lot more intricate: it’s a time management puzzle. To level up your Protagonist, the player needs to strike the balance between relationships (or what the game calls social links), work, school, after school activities, fighting crime, and experience farming in the dungeons. It’s really easy to screw up your leveling in this game and realize it too late, so tread carefully.

Persona 5 is set in the heart of Tokyo, and it wouldn’t be right if the game wasn’t flashy, colorful, and bright! Preview content so far has shown our Protagonist walking through busking neighborhoods like Shibuya and Shinjuku. The dungeons, known as palaces in this game, look like flashy casinos and hotels. The menus and and dialogue boxes look like it’s coming straight out of a comic book.

Each Persona game has themed colors, and this game focuses on red, white, and black, matching with the storyline of mischief, crimes, and lots of blood. It may appear that Atlus just threw a bunch of geometric patterns, textures, and images together, but every piece is well thought out. All these crazy details complement each other, contrasting yet cohesive in this masterpiece.

Shogi Meguro continues as Atlus’ main composer, creating the game’s brassy funk-inspired soundtrack. Nothing inspires me more to solve a mystery and defeat some monsters than some upbeat tunes.

“Personas are the strength formed from one’s heart”

Wrapping up my take on Persona 5, I bring it back to my original point of why you should try this game.

The appeal of Persona 5 is a complex unraveling each character’s potential and discovering how they fit into this world. With improved mechanics from Persona 4, this is set to be one of the most unique and enjoyable games to play this year.

More to come when I start my play!

One thought on “Why Play Persona 5? Unmask Your Potential.”