“They let me pick, did I ever tell you that?” “Choose whichever Spartan I wanted. You know me. I did my research, watched as you became the soldier we needed you to be. Like the others, you were strong and swift and brave. A natural leader. But you had something they didn’t. Something no one saw… but me. Can you guess? Luck. Was I wrong?” – Cortana’s voice in the beginning of Arrival, Halo 3.

The Halo series has always been a favorite of mine. I first played the game back in 2001 one at a Comp USA (remember those?) My brother and I saw one of those stands that featured a playable demo of the game. We then figured out you can do co-op and luckily there were two controllers on the stand. So we started playing and immediately fell in love with the game. Moreover, why did Comp USA have an M rated game just sitting there for anyone to play? Let alone, let two children play this very violent game? Anyways, thanks to them, I began to love Halo: Combat Evolved. Since then, I’ve played Halo 2, Halo 3, Halo ODST, Halo Wars and Halo 4, although I haven’t finished ODST and Wars. I haven’t played Halo 5 simply because I played the previous games on my cousin’s or friend’s Xbox consoles. I literally don’t know anyone who owns an Xbox One.

In 2015, 343 Industries (the studio behind the Halo franchise) announced Halo Online,  a free-to-play Halo multiplayer game for Windows with a Russia only closed beta which launched in the second quarter of 2015. It uses a modified Halo 3 engine. In August 2016, the project was subsequently cancelled. However, a leaked version of the beta reached online users outside of the closed beta. Dubbed “ElDewrito,” this version of Halo Online began a life of its own outside of the closed beta.

ELDewrito began to take shape in 2016 and in early 2017, started getting features that were not present in the original beta. They started importing several different game modes, forge mode, and maps from Halo 3. 0.5.1.1 is the version I recently started playing. I’ve been semi following the project since it’s announcement in 2015 however I didn’t start playing the game until a week ago. The aspect of Halo 3 on PC was just mind boggling to me. I had to indulge in it. From the ElDewrito website, the game is only about 2.56GB so it’s not that big of a game. Granted, it’s only the multiplayer but the next update, 0.6, is promising to feature a lot of new content including dual wielding, new maps and a new UI among other things.

The maps in ElDewrito (for the sake of this article, I’ll start calling it Halo Online) are what really stand out. Everyone remembers Zanzibar/Last Resort and Valhalla/Ragnarok. These are classic maps that hold a lot of nostalgia with a lot of players. The devs of Halo Online definitely put a lot of effort to fix a lot of the things that made the old maps to what they are today. My favorite map from the Halo franchise has to be Blood Gulch/Coagulation. That map is literally the first map I played on from Halo: Combat Evolved. 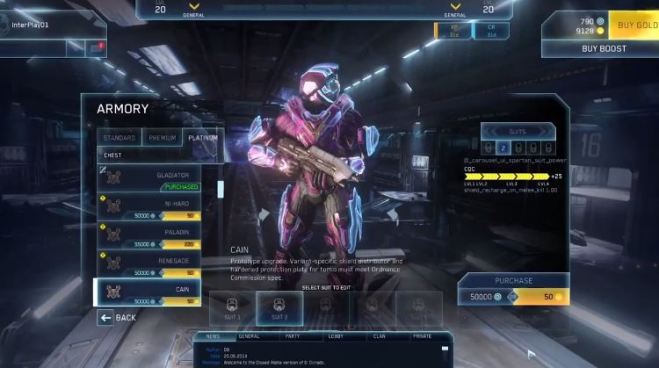 The armor and the guns. When you saw Master Chief’s helmet change over the years, you feel like a badass. Starting with Halo 3, they started offering more armor variations for multiplayer and Halo Online certainly makes use of this. There are 28 different sets of armor and each can be mixed and matched to be your dream armor. Here’s to hoping they have the original armor sets from Halo 3. Let’s not forget about the guns! Everything is back. From DMR to Energy Sword, your favorite Halo weapons are all here. And again, dual wielding isn’t currently in the build but they are promising it for 0.6.

The game just FEELS like Halo. You know how Call of Duty feels oversaturated and quick on the trigger? Halo Online feels floaty and structured. When you’re holding that battle rifle and you see your enemy up close, you fire and beat him with the back of your rifle, then you know its Halo. The only thing this game is missing are a bunch of Grunts and Elites for us to mow down.

So if you’re ever in the neighborhood for a new FPS on PC and it just has to be something like Halo, why not pick up Halo itself?