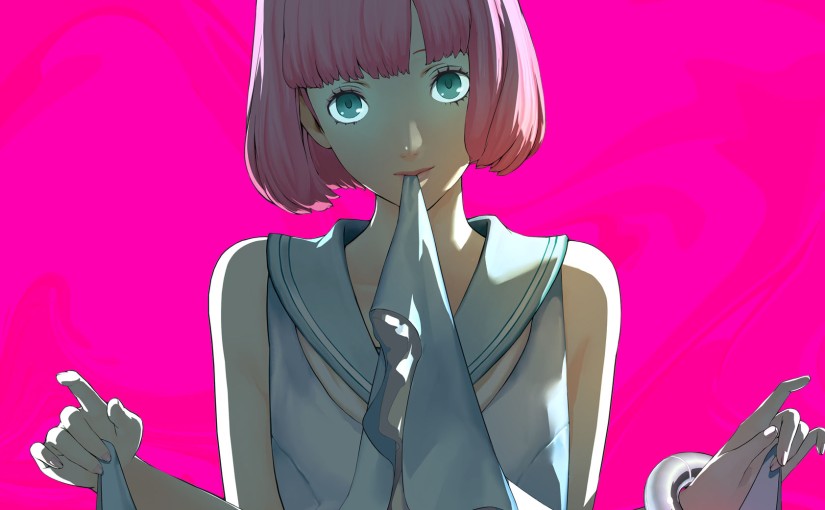 On this new year edition of The Roundup, I gloss over PlayerUnknown’s Battlegrounds upcoming plans, Catherine re-release announcement, and Dissidia Final Fantasy NT coming out this month.

Is PUBG planning its world domination for 2018. Gamers saw PUBG explode in popularity upon its early access release, becoming the most popular Steam game of 2017. CEO of PUBG Corporation announced its ultimate goal for the game:

“If we have the opportunity, the final goal would be to launch the title on every platform.” – Chang Han Kim

The game is currently available on XBOX One and PC, which means that we may see a future for this game with Nintendo Switch and PS4. Kim has even come out to say they need to work on the quality further if it were to release on PS4. Take that statement with a grain of salt, because although working towards a complete game is always important I don’t doubt PlayStation will pass up a chance to have this available for Beta. It’s important to note that majority of gamers agree PC provides the best playing experience for the unfinished game and many people have complained about bugs and glitches occurring mostly for XBOX One. Much of the game needs to be finessed on all accounts, but it makes sense that the most powerful PCs will provide the best quality early access experience.

But don’t worry, because Kim is fully aware of the setbacks that currently exist and is working hard to address feedback seriously. While there are many goals for PUBG (they also mentioned before having cross-platform multiplayer), the quality of gameplay and its audience comes first. Kim has said the company is taking an “indie-development approach“, acknowledging the game is not done at all and being constantly worked on and tested. To address XBOX One issues mentioned previously, PUBG Corporation is working on stabilizing the game and experience on that platform and prioritizing it before any other plans happen.

Openness and dialogue to consumers for a larger title like this is refreshing to see with the tumultuous relationship between developer and gamers occurring especially towards the end of 2017. The future looks bright for PlayerUnknown’s Battlegrounds.

Announced before Christmas, Atlus is re-releasing it’s adult romance puzzle block game and naming it Catherine: Full Body. The game is adding a new playable storyline, and Vincent is once again caught up with another woman named Rin. New mechanics and online mode are two of many additional features to be added.

There is already speculation from Catherine fans regarding the new love interest, which can be found on Twitter and other articles. I anticipate more information coming out later this summer, so we’ll table those ideas for now until the time comes!

Catherine: Full Body is expected to release in Winter 2019.

This game was one of the few games I was able to watch announced live at E3 2017, live at the PlayStation booth and during a developer’s interview in the main theatre. For those unfamiliar with the game, think of it as a fighting game with all your favorite Final Fantasy characters.

The biggest mechanic change is three characters on your team, which the player will be able to switch back-and-forth controlling one character while your other two party members are controlled by AI. Many Dissidia staples, such as Cloud, Tidus, and Lightning, will be in the latest game with the anticipated arrival of Final Fantasy XV character Noctis.

While this game brings excitement for many fans, it was originally released on its portables (PSP, PS Vita) and I wonder if we’ll see it .on such platforms in the future. Dissidia Final Fantasy NT will be coming out on PS4 with no word on its future to PS Vita (realistically, it’s probably a no). While the game will be first coming out exclusively to PlayStation, I can see a far future where Square Enix releases this game on Nintendo Switch.