Getting to the first save point sucks. Here’s a guide to help you if you’re stuck.

Of the many games I started playing at the beginning of 2018, Nier: Automata is high on my list and I’m really enjoying it so far. If I had played this in 2017, this would have been in my top 3 for favorite games of that year. You begin the game as 2B, the female android who is discovering what remains of a post-apocalyptic Earth.

The game starts off by explaining there is no auto-save feature and a save access point needs to be found manually, which is no big deal at first, but then 300 enemies later the you might be a little antsy and thinking:

When the hell is the first save point?

Surprise! The first save point occurs after defeating the first boss along with probably over a thousand swarming enemies, which in strict straight play equals about 30-50 minutes to get to. The game immediately throws you in the lines of battle for a tutorial on the battle system, throwing in an uber mecha first boss, and after accomplishing that feat you will reach the first save and all save points thereafter. It’s a challenging, hair-pulling, but fulfilling way to learn the system immediately. Survive this, and you’re set for the rest of the game.

But that’s not to say getting through the intro scene is easy peasy because if you’re a player blindly walking into it, it will throw you in for a crazy loop. The constantly changing perspectives and environments can be difficult to get used to in orienting yourself. It took me a Nier 2 hours to complete the tutorial, restarting the game 3 times. My first hour represented shock and horror of realizing I was restarting the entire damn game after getting so far, but the last hour I picked up on the system and confidently defeated the first boss. Some players will get through the entire thing on a first try, and others need trial and error. Here are my quick tips on how to get through the prologue:

Accept that you may die a few times, and that you WILL have to go all the way to the beginning if you do

Things are easier if you’re in the right mindset. This is your first lesson, and they are testing you before you are rewarded with access points everywhere to save. No pain, no gain! 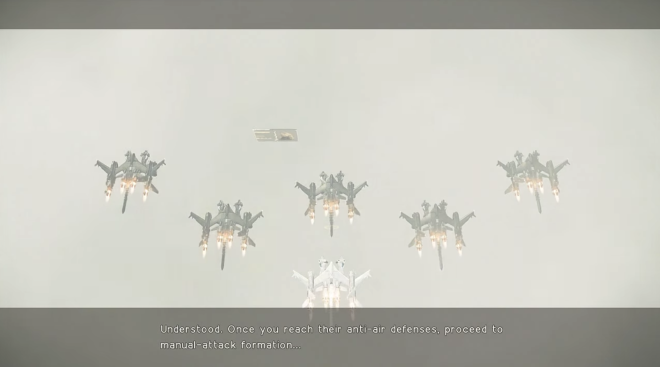 I know everyone wants to get everything over with, but if you have time to spare don’t go straight into defeating the prologue immediately and spent some time practicing the game mechanics. Nier: Automata employs a Pod assistance system that 2B shoots for long-range as well as close-range attack. She also has a powerful attack that needs time to reboot. The battleground is free to roam and you can jump and run. But aside from weapon controls, this is the most important thing…

Dodging orbs and enemy attacks will be your best friend in this entire game because not only do you avoid critical hits, but it’s also a quick way to maneuver around and get to enemy blind spots. This is especially important when 2B is flying on the mech and when many enemies are attacking at once. Once you’ve mastered this aspect, you are almost ready to go. Exit your current play and restart your journey.

Lower the difficulty if you need to

You can change the difficulty at any point in the game, meaning you can start the prologue on Easy if you want to.

You have about 20 restoratives in the intro scene, and if you can survive the first huge gear enemy with 17+ restoratives left, you will have a high success rate of completing the intro

2B starts flying on a mech, and eventually she will reach the ground to defeat a few enemies and a huge ass gear. Do not be fooled: this is not the first boss. More like a sub-boss which is a great practice for the big boy later in the prologue ending. The enemy changes to two forms vertically and horizontally, and it is the utmost importance for 2B to keep auto-locked (unless you’re playing the Very Hard) and on her feet, evading, and knowing when close-range and long-range is necessary.

Another important note is the player starts off with 20 different types of healing items (10 Small Recovery and 10 Medium Recovery). As you can guess, the difference between Small and Medium represents how much HP is revived.

If you can survive this gear machine sub-boss with 17 or more restoratives, you will be comfortable for the rest of the intro. 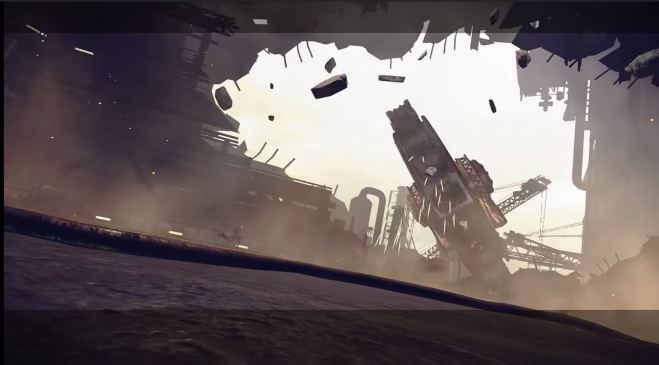 This is the optimal number I believe will make the player most at ease. I have seen many videos where players successfully got through the entire prologue only on 5 restoratives after this point, but if you’re really trying to just complete the tutorial as with less stress I would opt for this way. Granted… you may finish with 17+ restoratives after this scene and completely blow it afterwards.

Those are the best tips I can provide, but post your helpful tricks in the comments for any other readers. Ultimately it then becomes a battle of wits and whims of the player, and don’t get too frustrated if it takes a while to finish.

2 thoughts on “The First 2 Hours of Nier: Automata”