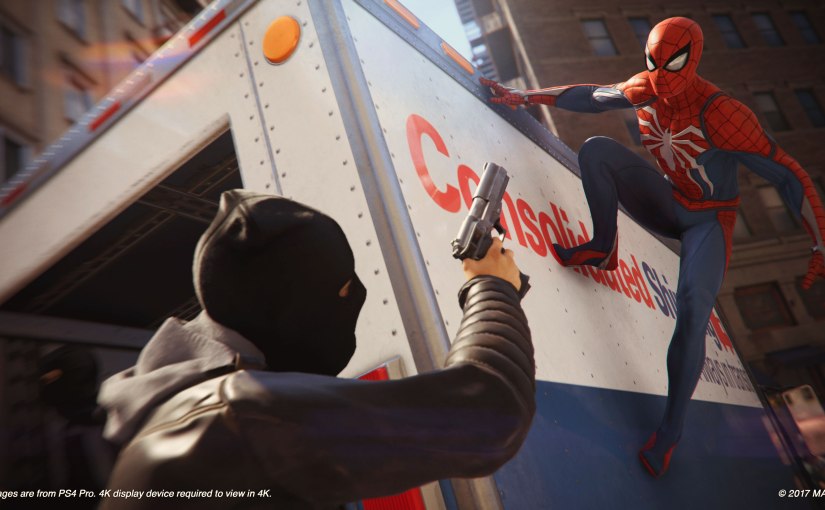 As we anticipate the end-of-summer release of Insomniac’s Spider-Man, and I provide thoughts on the game’s latest news!

Game Informer announced the official release date for Spider-Man in their May 2018 cover story: September 7, 2018. Not only that, but the gaming site is giving an entire month of coverage and more to come on their official Spider-Man Hub (and tomorrow, too. A “Next Update” is listed for Apr. 11th). My opinion went back and forth on the game since its E3 2017 trailer, but the newest influx of information might convince me to get it on release.

Here are the most memorable moments from the Spider-Man hub thus far, with their links provided in each section:

Game Informer’s Leo Vader sits down with Intihar for some quick and easy questions about the game and Spider-Man franchise itself. Here are some of the facts revealed:

On a serious note, I’m hopeful for Mary Jane’s character to be more than the damsel-in-distress portrayed in the movies. Instead of only focusing on Peter Parker, the gamer plays with Mary Jane at multiple levels of the game. Female leads are more than a romantic feature but action-makers, which video games overall are severely lacking. Spider-Man is shaping up to be more substantial and diverse than the average superhero story. 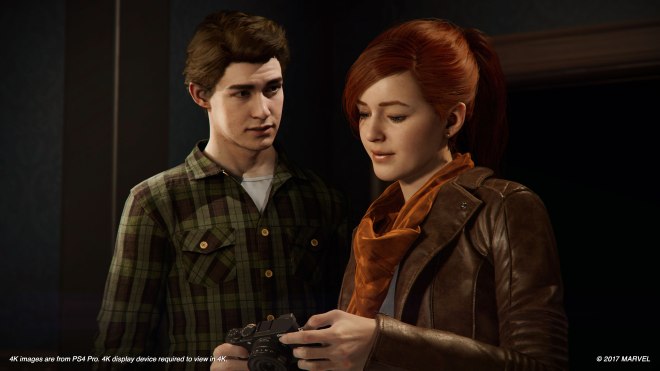 The latest gameplay video showcases an even more streamlined and fluid gameplay of web swinging across the open world of New York City. Joined again by Intihar and game director, Ryan Smith, the two briefly cover Spider-Man’s ground-level parkour and aerial web swinging. Players will use X to throw spider lines while R2 will continue Spider-Man forward for their basic commands. The biggest game changer for me is the player can continue running along buildings as Spider-Man propels forward into a building, keeping momentum going through traversing the land. Other commands mixed include L3, which dives down for speed, and L2+R2 to wrap around stoplights, signs, and pipes. Combine all of these controls and movement appears almost endless, where a lot of the magic happens. Whether you explore the sandbox or are fighting an enemy, each player will have a different way of traveling around and saving the day.

The physics-based movement really impressed me in the latest video and everything looked natural. Moreso than the E3 2017 demo, this truly enhanced my senses and experiences viewing it. No off-putting or jarring motions. I felt like Spider-Man from merely watching this 3-minute clip in control of this skyline, and that’s a major plus. 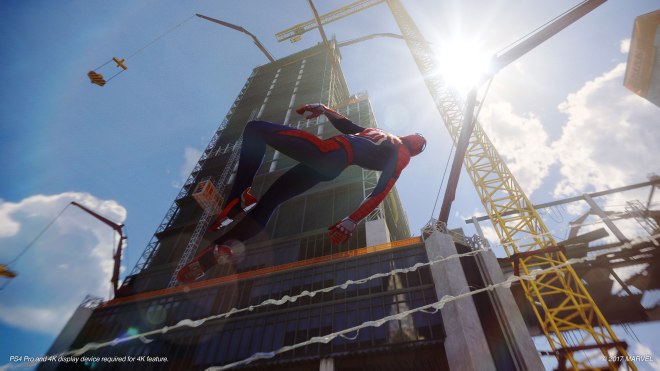 While this game has no customization features, there at a minimum 24 unlockable costumes inspired by comics and movies. There will even be a few made specifically for the game! Straight out of Game Informer, the Advanced suit, Noir suit and Spider-Punk suit were the first outfits shown. All suits have different abilities and will even offer players to switch abilities to their favorite costume. I am a person of variety, and I’m thrilled to see some fun costumes in the mix.

Be the Spider-Man that you want to be.