One of most anticipated games of 2019 faces a major pushback after a voice actor is arrested for drug use.

On March 12, Japanese actor and musician Pierre Taki was arrested for allegedly using cocaine. Taki voices a yakuza captain, Kyohei Hamura, in the Ryu ga Gotoku Studio game Judgment. The game is currently out in Japan and coming to the west on June 25. The easiest solution would be to release existing game globally because the game is complete, but Sega’s reaction says otherwise. Sega stopped physical and digital sales of the game in Japan after the news broke and went as far as to delete their advertising and tweets regarding Judgment. This drug arrest alludes a big delay in the game’s western release, as Taki is not only voicing the character but the model is made in the actor’s human likeness.

Entertainers with drug scandals in Japan have been replaced on their projects to the point of no trace, and Sega’s history shows they would be more than willing to replace Taki’s character at the expense of the game release. Yakuza 4‘s remaster replaced one of its voice actors, Hiroki Narimiya, with a new person because of Nirimiya’s allegations of cocaine use. To maintain integrity in the work, I predict with certainty we will no longer be playing this game in 2019. Sega will replace every piece of the game involving Taki: voice, motion capture, character model, and marketing materials. Although the western audience presses for its original release, realistically we do not have much sway to their decision. 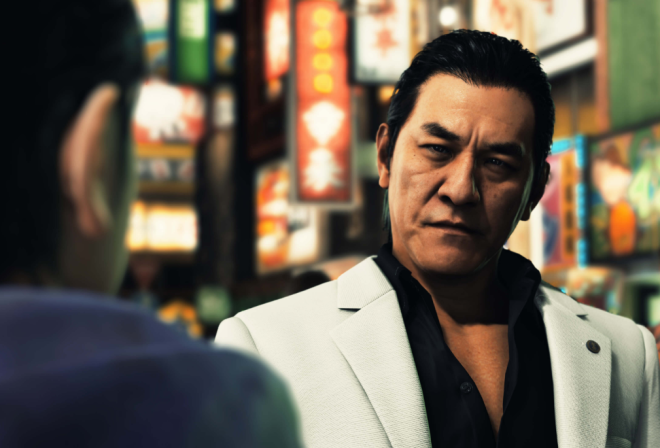 Judgment faces an uncertain future with three months until global release, and I am afraid re-doing the game will lose public interest in the west. This game is the first non-Yakuza franchise game for PS4 and an opportunity to garner new fans who want to play in the same Kamurocho universe with a different character. Judgment exuded appeal to playing a Japan-based adventure brawler without playing all seven main storyline games of Yakuza. Delaying this game will push the Yakuza 3 remaster to the forefront and hold new Ryu ga Gotoku Studio fans back. The good news is with today’s technology, we may see a shorter delay for Judgment if Sega acts now.

There could also be a big surprise. Sega might surprise everyone and release the current game as is on time. I would love for them to prove my skeptical self wrong for my own selfish sake of playing the game, but Sega’s motivations for reputation are not under my control. It is more than just a game for the publisher and developer. I will provide updates after we receive a definitive answer on Sega’s decision moving forward for Judgment.