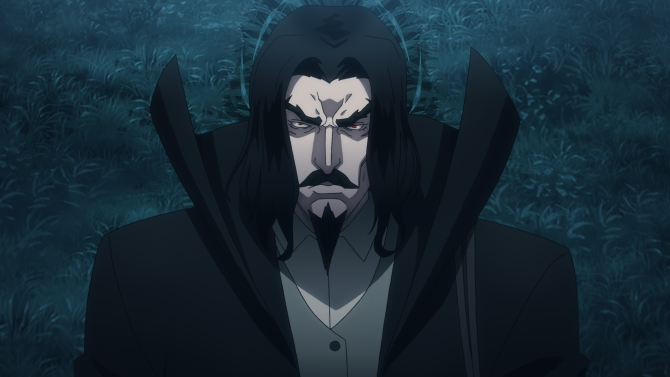 For the 1st edition of Triangle C’s video game roundup, I talk about my Steam games of the week and the anime remake of Konami’s Castlevania.

I played one hour of this game so far and drowned in sadness. I just love playing games where the storyline is depressing in the first 10 minutes, apparently.

Visuals and music create an enchanting experience in the blind forest. This game is absolutely gorgeous. Animations from the barren trees to the spirits giving light to Ori moving across the bridge make it feel like a children’s storybook. Each watercolor scene immerses the player to a fantastic yet organic environment. The score is beautiful, although somber, and accompanies the journey well.

The most difficult part of this intro was getting used to the controls. Ori jumps branches, but you may need to get momentum from some rocks beforehand. The platforming confused me and I was having difficulty moving around some thorns initially. I’m getting the hang of it, which will be important as I continue the game. 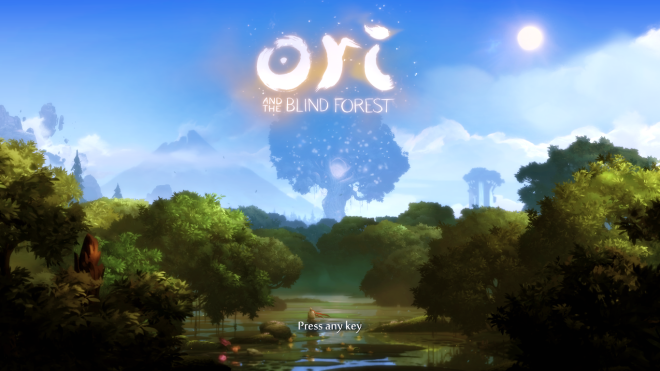 Starbound is getting really spicy. I’m visiting new planets on Gentle, Temperate, and Radioactive stars and recently discovered these villages:

And without saying, I stole some of their items for my own treasure room.

I love how each race in this game has a fun feature. Glitches are medieval, Apex are scientists, and Novakids are cowboys. Every second I play, you feel the love put into this game and all the characteristics of each NPC. There’s much more to be desired, which is great because I still have a lot of land to explore.

We all know the drill with film adaptations of video games: they’re generally horrifying and you regret your time spent watching. Castlevania is a bit different, switching things up and turning it into an anime. This is based off Castlevania III: Dracula’s Curse but doesn’t follow exactly like the game. Where it veers off comes with Alucard and Trevor Belmont teaming up against Count Dracula, but I don’t think it’s that bad because the plot makes enough sense. The 4-episode series does a good job adapting enough to satisfy franchise fans and also does enough to distinguish it from the original. Of course, I’ll let you decide if you like it or not. It’s a really painless watch; season 1 is an hour and a half.

The video game movies I’ve most enjoyed have been animated (Tekken and Street Fighter to name others). Is the future of video game adaptations in animations? Does it also help that it’s split into episodes? This brings some important questions as creators try to strike the balance recreating video games for passive entertainment. Animating can help portray ideas that CG makes cheesy in live movies, and a series can spread the plot apart versus condensing everything into a two hour theatrical. Most of all, is recreating a completely different storyline ok as long as it’s in the same universe? With season 2 of Castlevania confirmed and a prequel live Uncharted movie in the making, we’ll test the waters on that.