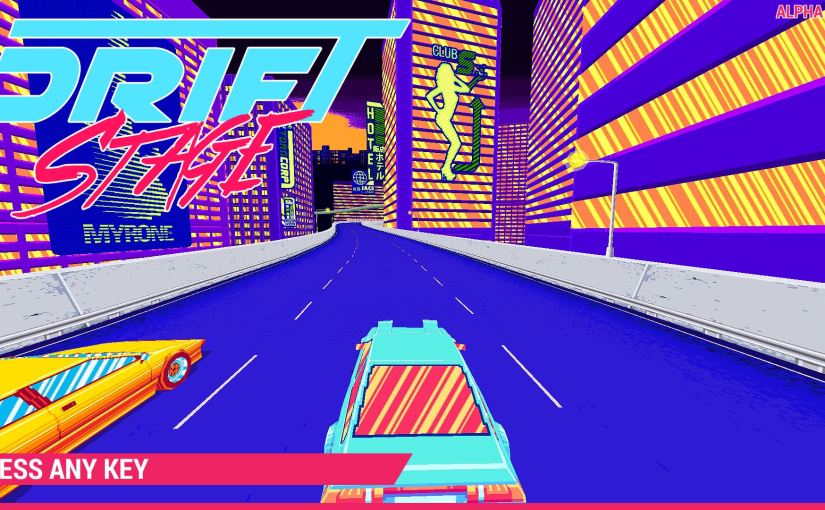 “Drift Stage is a modern take on the classic arcade racer.”

Ah yes the the motorsport of drifting. If you’re not familiar with drifting, Wikipedia has a nice excerpt on it: “Drifting is a driving technique where the driver intentionally oversteers, with loss of traction in the rear wheels or all tires, while maintaining control and driving the car through the entirety of a corner. Car drifting is caused when the rear slip angle is greater than the front slip angle, to such an extent that often the front wheels are pointing in the opposite direction to the turn (e.g. car is turning left, wheels are pointed right or vice versa, also known as opposite lock or counter-steering).” 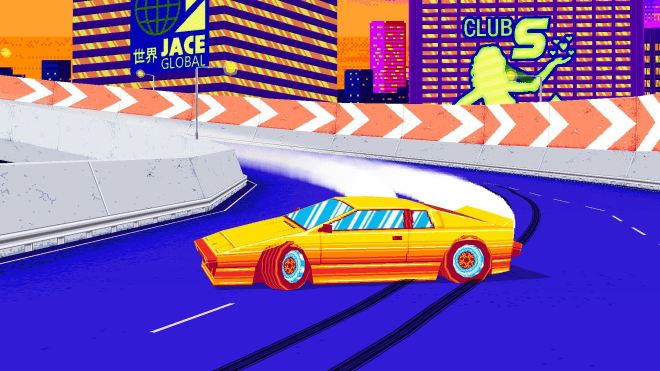 First popularized in Japan in the 1970s, drifting has been popularized by individuals like Keiichi Tsuchiya and Daigo Saito. Various media about drifting has also been popularized in recent years with Initial D, a manga and anime about illegal drifting in the Gunma mountains; and movies like The Fast and Furious: Tokyo Drift a film about the illegal drift racing scene in Tokyo. Since it’s introduction to the media, drifting has become a global phenomenon. Drifting competitions are held worldwide in the U.K. and in the United States where racers from all over the world compete to burn the most rubber.

Announced on Kickstarter in 2014 and Greenlit on Steam in 2015, Drift Stage was backed by over 2,000 users raising over $57,000 in funding. Right now, you can check out Drift Stage on their website and play their playable Public Alpha. The game is a ton of fun. Counter steering feels natural, controls are tight and you always feel like you’re in control. The soundtrack is amazing. Combining 80s power pop with funky fresh beats, the soundtrack is just melting butter through my ears. It sounds like music from Cruisin USA or any racing game from the late 80s or early 90s. The graphics are simply amazing. Combining both cel shading art, 2d animation and 3d animation, the game has a very unique look and feel. Right now, only 1 level, game mode and car are available in the Alpha version of the game. It’s a sprawling city during sunset called Eventide Overpass. A lot of the buildings have Japanese text and writing on them, implying this is somewhere in Japan, probably Tokyo. The car you start with is a yellow beast that looks like a Lamborghini Countach and a DMC Delorean had a baby.

Once you play the demo, you start out on a long freeway alone. As you pass the starting line, a ghost of an expert car appears. This is a marker to guide you both on how you should drive the course but also as a time marker. If you can beat that expert car, you are basically an expert at the game yourself. I have yet to beat the car. It’s definitely something a more skilled player can accomplish with time. As you speed along, you see a corner. “Oh crap! I don’t know how to brake!” Pressing various buttons on my pc controller do nothing. It turns out that you have to press the left trigger and release the gas to properly drift. Once you drift into a corner, you might hit a couple walls which will slow down your speed. Keep holding the gas! The next corner comes up, make sure you get into the outermost lane and drift into it on the outside in order to drift into the inside of the corner. Once you nail that second corner, you’re a master at this. The rest of the course is a breeze. 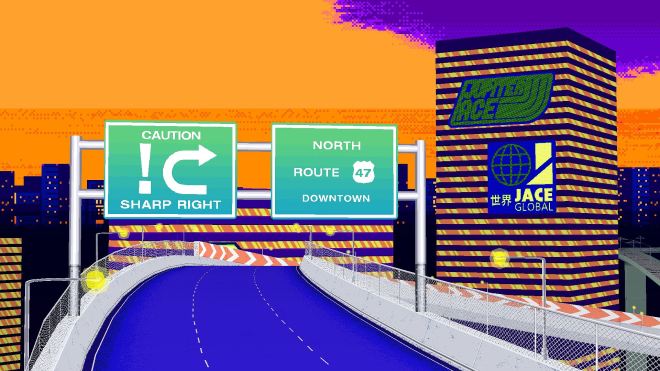 If you’re into arcade racers and are looking for something fresh, check out Drift Stage. If you’re a fan of the Vaporwave music genre (or V A P O R W A V E), definitely check this game out. It really has that A E S T H E T I C feel to it. It’s definitely an arcade racer. The devs have promised local and online multiplayer when the full release comes out sometime later in 2017 or early 2018.