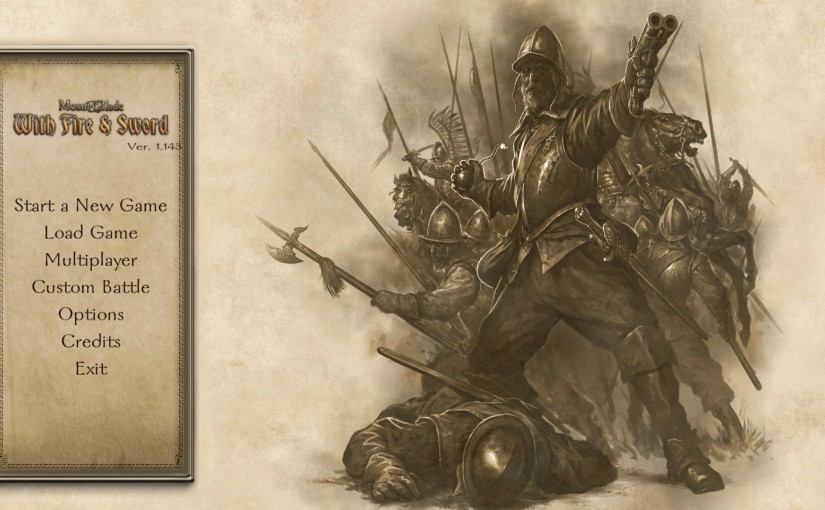 Survive as long as possible against waves of enemies by working with your fellow teammates. There are a lot of games that use this concept, especially in the zombie genre. However, I haven’t encountered a game that has this concept with the Medieval genre. I’ll be honest, I haven’t touched the singleplayer for this game. I have only played the multiplayer aspect of this game, and only Captain co-op mode. Why would I play only that mode? Well… it’s actually because of a Criken video. Him playing that game and seeing how much fun that was, made me want to purchase and play the game. I convinced my brother and buddies to buy it. Once we did, I was hooked and addicted. That was actually 5 years ago when that video was posted and my friends and I played the game. I still play it to this day and have captured some screenshots with a little explanation below:

My guy. Richard Phist. Dick for short. He’s as ugly as ugly can be.

Filter the game type by “Captain Co-Op” and you’ll see a server called “Dynamic Squads_v2_9.” It’s got the most players. I love this server for a few reasons.

Once you join, you pick a faction, pick a troop assignment, pick armor, weapons and men. You spawn in with all these things and it should look a little something like this:

It’s wave based so you fight wave after wave of enemies until you win. On this server, you start from Wave 5 to Veteran Waves to finally, Elite Waves. Matches can last anywhere from 30 minutes to 2 hours depending on the competency of your team. At the time of writing this article, I just finished a 2 hour session. It’s pretty exhausting.

You command a set of up to 14 troops depending on how many players are on the server. For example, if there are only 3 players, you can have up to 70 troops per player. The more players join, the less troops you have.

So check this game and mode out! It’s a lot of fun especially if you’re into rpg/hack & slash/medieval games.

If you have Mount and Blade with Fire & Sword and you want to play with me, log onto our Discord and give me a shoutout!