Last year, I wrote about my initial experience with the then titled Finding Bigfoot from indie studio Cyberlight Game Studios. I’m happy to say this update was worth the wait.

On July 31st 2018, the long anticipated, long awaited update was finally released. Dubbed Bigfoot Update 2.0, the update added a new map, new tools and most of all, a new AI for our furry friend. Up to 4 players co-op have been added (previously only 3). New tools include signal flares, a drone, campfires, and tents. 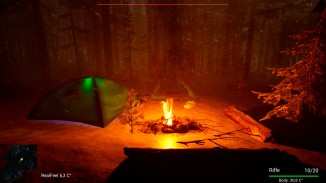 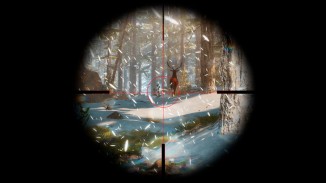 The map is called Glacier Bay and takes place sometime in December 2018. You are suddenly dropped off by helicopter. A roar in the distance catches your attention. Your only defense against the elusive Bigfoot are your rifles and traps. You might spawn in the middle of the night or at sunset. There is some relief to this. Bigfoot won’t actually attack you until you hurt him first, either by trap or by rifle. Once he takes damage, the hunted becomes the hunter. He will chase you day and night. Day time is a bit more lax as he won’t hunt you unless you’re in his close proximity. 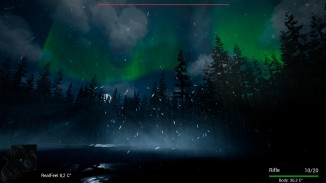 Speaking of which, Glacier Bay itself is a much larger map than the previous Jasper National Park. The latter is currently pulled from the game and is apparently being worked on possibly to improve the scale and tweaked for the new Bigfoot AI. Glacier Bay is definitely a harder map. The snow is constantly blowing across your screen and visibility in the day and night are harsh. There are moments at night when it’s so dark that even your headlamp won’t illuminate more than 2 feet in front of you. But once those headlamps start flickering, run. According to some myths, Bigfoot has a small EMP field around him that causes disruptions to electronics (among other “powers” and hence why we can’t find him with our technology.)

Overall, the update is scarier and packed with more features than the previous. It almost feels like a whole new game. The addition of one more co-op member really adds a sense of relief but also adds new challenges. Bigfoot has more life if you add more people. Distributing equipment among members (especially strangers) is always a risk. Play this game with your friends over Discord or in the same room. This is definitely a game that requires a lot of teamwork. Unlike other hunting simulators, this is one you’ll never forget. Can’t wait to see what the next update brings.

Description:
You have a unique opportunity to gather a team of friends or go on a solitary
expedition to the forests of wild reserves and feel like a real hunter for Bigfoots.
You have to hunt in different weather conditions, trail an animal, set traps, explore
locations, search for Bigfoots lair, guard against other dangerous animals and much
more.
But keep in mind:
Bigfoots are very clever and reserved mystical creatures.
Usually meeting with them does not bode well.
Even an experienced hunter can become a victim…

Peculiarities:
– The game is developed on the game engine Unreal Engine 4.
– Single player
– Online Co-op is up to 4 players.

About us:
We are the CyberLight Game Studio, a small team from Ukraine.
These are the details to contact us:
@mail cyberlightgs@gmail.com

You can buy Bigfoot from Steam here:
https://store.steampowered.com/app/509980/BIGFOOT/