The Nintendo Switch is the newest and hottest console right now. So hot that getting your hands on one might prove more than a challenge.Light, portable and featuring flawless movement controls, the Switch is still incredibly hard to find (in my area at least.) Nintendo is not only known for their revolutionary software but also for their timeless software. The original Super Mario Brothers game from 1985 is still regarded as one of the most influential video games of all time. Despite all this, I don’t have an interest to buy it. There are actually 5 reasons why I haven’t bought it yet and they’re all outlined below. 3 of these are confirmed, will the other two?

The Legend of Zelda: Breath of the Wild 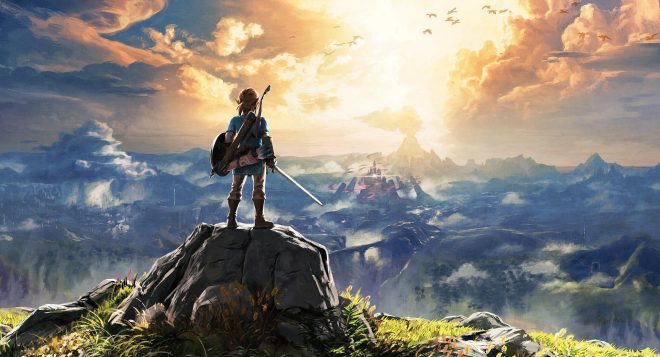 The Zelda games have been one of the best RPGs in existence. I first played the very first Zelda on the NES. There was something magical about the game that just pulled me in. Wind Waker is actually my favorite Zelda game to date. I think BoTW tops it. I’ve had some time to play this game and I have to say, it’s one of the best open world RPGs I’ve ever played. The graphics, the music and the story just pulled me in from the moment I put my hands on the Joycons. This is the first game I played on the Switch and a big reason why I want to buy a Switch in the first place. “If you can see it, you can go to it” is what I think Eiji Aonuma (series producer) said. After beating the tutorial, you can literally try to go to Hyrule Castle and try to get to the final boss. You’ll die on the way, but of course it’s still pretty cool that Nintendo didn’t put too many restrictions on where you can go and what you can do. Huge shoutout to Jairus for introducing me to this game first.

The MK series has always been a favorite of mine. If I buy a Nintendo consoles, this is always one of the games I’ll buy for that console. This game feels just like MK 7 on the 3DS and is basically a remaster from the Wii U version. My brother, cousins and I would play MK on our 3DS’s once we got together for family gatherings. Before that, we’d play it on the N64 for hours on end. Mario Kart is the true definition of a party game. Bust it out with your friends and everyone will have a good time. This feels like the most complete version of Mario Kart to date. It’s got maps from almost every era (remixed/remastered) and features all your favorite, classic items as well as a large roster of characters you can choose from. You can’t go wrong with this version of Mario Kart. You can drive a Mercedes, what more do you want?

Announced and looking to be a promising game, Odyssey looks awesome. Throw your hat on whatever and you can become that entity! The worlds look fun and interesting, characters look energetic and Mario looks the best he’s ever been. Every Nintendo console has one triple A Super Mario game dating back to the NES. This looks to be the Switch’s biggest entry yet and I’ll be damned if this game doesn’t sell out in the first week. Nintendo, make sure you have extra copies for us late buyers! This makes my list because the 3D Mario titles have fond memories playing Super Mario Bros, Super Mario World, Super Mario 64, Super Mario Sunshine, and Super Mario Galaxy. I love the feeling of exploration in Mario games. You never know what’s behind that painting, what’s in the world beyond. All you want to do is collect enough stars to save Princess Peach. Because that’s all Mario does when it comes to the bigger titles (aside from Kart, Party Golf, etc.) Looking forward to this release on October 27th, 2017.

Credit for the photo above goes to /u/IamNickJones on Reddit

Ah yes Animal Crossing. Probably one of the most relaxing community simulation games out there, Nintendo really created a masterpiece. Released in 2001 on the N64 in Japan, the original Animal Crossing game came to the Gamecube in North America that same year to critical acclaim. Since then, a total of 4 main titles and 2 spinoffs have been released. Those familiar with the franchise will know that the gameplay hasn’t really changed over time. You start as a human character in a rural town. It’s up to you to do whatever you want next. You’re given a job to complete whenever you want. A small set of neighbors populate your tiny town but will soon grow once you progress through the game. Activities including fishing, farming, collecting and my personal favorite, multiplayer. There’s no ending ending to this game. It’s meant to be a game to play at your leisure. No official word yet on if this game is coming to the Switch but it’s very likely that this game will be, due to the massive popularity of this franchise. I love everything about this series and once this gets announced, I’ll start thinking more about buying a Switch. 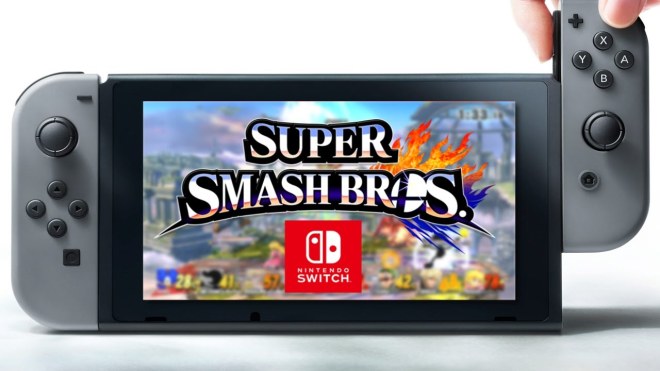 My last and biggest reason why I want to buy the Switch. This is the most compelling to me. Since the N64, the only reasons I’ve ever bought a Nintendo console were because of Super Smash Bros. I’ve had the most memories playing Melee and probably sunk more than 300 hours into it. I bought the 3DS JUST to play that version of the game. Smash and Nintendo consoles just go hand in hand for me. I love the concept of multiple franchises coming together to kick each others’ ass. It’s an awesome fighting game and a perfect party game. Once this game is announced, I’m set to buy a Switch. It’s not confirmed if this game will ever come out for the Switch, although rumors are circulating that Bandai-Namco are creating a version for release in the near future.

So there you have it! Those are the biggest reasons why the Switch isn’t something I want to buy immediately.

What are your favorite upcoming Switch games?